This work was premiered at the Audio Mostly 22 conference in Sankt Pölten Austria. Claire E. Craig and Rainhild Buchmayer sang the work. Two weeks later it was accepted and programmed at the Convergence Conference in Leicester. This time the work was sung by Charis Buckingham and Francesca Burbela.

The work is real-time algorithmically composed through the movement of the sopranos on stage.

The movement of the singers is measured by a sensor and sent to the computer via WIFI. The computer returns the notes to be sung by a real-time notation system. This work is a circular self-referential system. The sopranos react to the notes by changing the way they move and the computer creates the score of the sopranos reacting to the movement of the sopranos. “Horror Vacui” is a Latin-derived term used to explain our relationship with the void. “Horror vacui” refers to the fact that the singers do not know what they will sing in advance, and that the self-referential system is not based on anything a-priori.

“Horror Vacui” is an experiment about forms of creativity based on collaborative intelligence through the gamification of the creative process by making a collaborative musical game between the two sopranos. The sopranos and the computer collaborate to create the work interactively out of the sopranos´ movement on stage. The roles of performers composers and scenic space are interchanged. 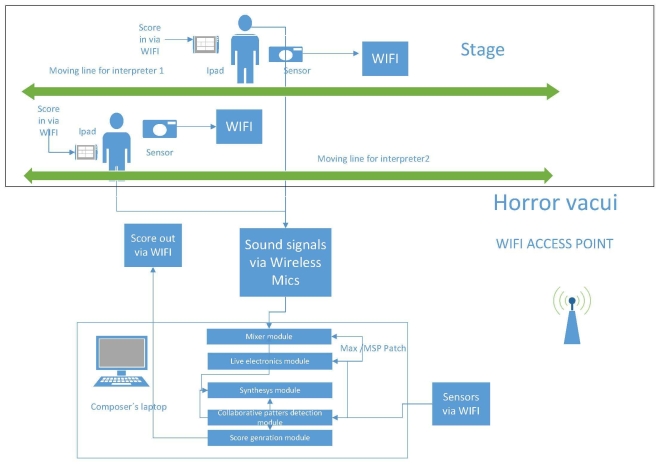 Schema of the work.

The resulting work is the mix of these three sound sources: the two voices, its real-time electronic modification, and the real-time synthesis generation. The sensors will send their signals via WIFI to Max/Msp and convert them into MIDI data for the synthesis engine and the score for the two voices. The score generator scales the data to accommodate the span of the singers. They will see on a portable device, such as an iPad or a mobile phone: the note, dynamics, and vowels to be sung. The singers will be provided with specific instructions for handling the notes and moving in the sensor line. The work can last for between 10 and 15 minutes. 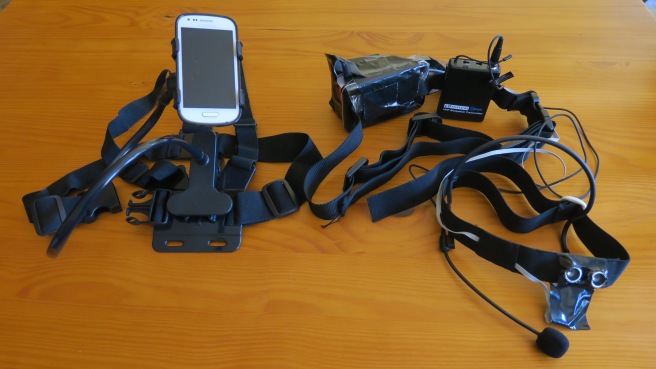 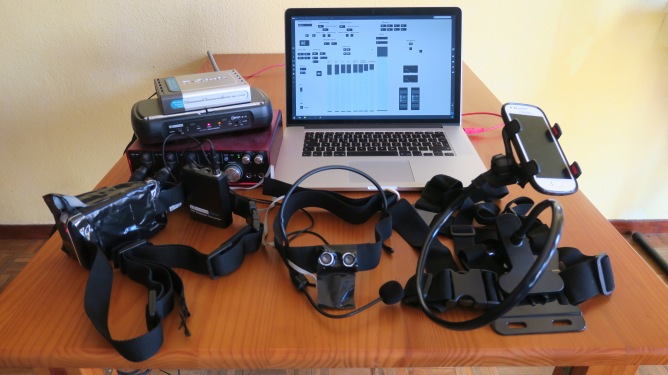 Complete equipment for the performance.

In this video, you can see the mobiles receiving the notes.

Translate to your language